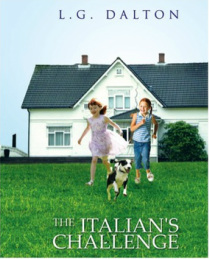 The Italians Challenge
Synopsis
He has a daughter! Two of them in fact. Blonde-headed twins who aren’t always as angelic as they look. He was about to learn about fatherhood with a vengeance. As a financier of international fame and fortune, being a father to his daughters should be a breeze. As for their mother… Well she was to learn a harsh lesson for daring to keep his daughters from him.

Rhu had learnt some lessons in life: some harsh, some pleasant, and a few with far-reaching consequences. So, Andreas wanted her daughters. Not likely, thanks to one of those very harsh lessons. Nor was she the pushover poor little tourist Ruth the young Andy knew – as Andreas was to find out.

What was a girl to do? With Andreas on one side, mother and one daughter on another, and well-meaning friends on a third, Rhu was besieged with only the support of a daughter who would defect the minute she learnt the truth. Andreas thought he could walk in and take over her daughters. He was about to learn, the hard way, she was no longer the poor middle-class girl he had met, but a woman who could equal him on every level.

A challenge? Well he thrived on challenges. How hard could it be to better her little one-woman, tin-pot operation’s achievements? This one would be over and done with in record time. After all, he was Andreas Casselli, master of the boardroom – and the bedroom. So why was he finding this challenge was not as simple as he thought? And why did the real challenge have nothing to do with business and everything to do with three very feminine and contrary ladies?

Read Excerpt
About The Italian's Challenge

This story just came about by itself. No particular incident inspired it.

Though I will admit the twins were modelled  on my eldest granddaughter.  I will also admit that having to stand by and watch her cope with a man, not her daddy, court her mother, started me thinking.

What happens when a man decides he wants a woman who has a young child. No matter how romance writers like to deal with the situation, reality says  children do have a strong influence on the union.  It is a  minefield for all concerned.

That is why the twins are such a integral part of the story.  In real life you cannot stick a child on the shelf and bring it out when you need a prop, and shove it away when not needed. They are there at the table for breakfast, lunch and tea. Baby-sitters need to be arranged when parent wants to go out to dinner. They have accidents that upset parent's plans. They have their own dreams and fears that come into play. They can be quite a destructive monster to adult's dreams.  They can also be protective of their parent.

They bring a richness and vitality to life.

About the Characters
(Please note: Some of these images  are from the Internet. If they are your images please contact me so I can credit you or remove them if that is what you wish.) 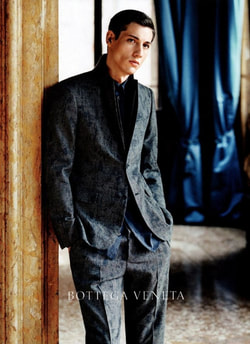 Andreas discovers he has fathered twin daughters and seeks revenge on their mother. He thinks he has an easy target as Rhu was shy and young when he met her.

He finds his timid Ruth, no longer exists. In her place is a tough business woman, and a mother tigress. She sets him a challenge to test his ingenuity and Andreas finds he has more fears than he thought possible.

Then he meets his daughters and before he knows it, he is fighting the fight of his life, and his toughest opponent is not an embittered woman but a fiercely protective daughter. 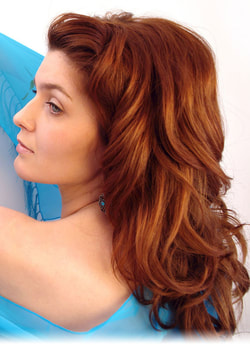 Rhu has come a long way since she met Andreas all those years ago. In that time she not only bore his twin daughters, she had to fight to keep them. She also grew a little one-woman business into a multi-million dollar empire.

So Andreas wants to play doting daddy.  Should she give one daughter a free rein, and teach him children are not always sweetness and lightness as he thinks? That particular daughter has his brain even if she is more interested in fashion than mathematics. His other daughter is  just as complicated, determined, and sneaky.

Oh this could just be fun - if only a little corner of her heart had died along with Andreas' Ruthie. 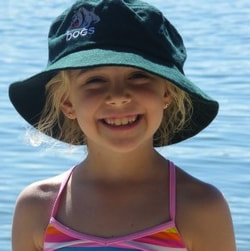 ﻿Adrianna is the tomboy of the two girls. She is the eldest, and fiercely protective of her sister and her mother. She is the first to accept Andreas into their lives, and does what she can to further her mother's happiness.
She loves the outdoors particularly her garden and the beach, ﻿ 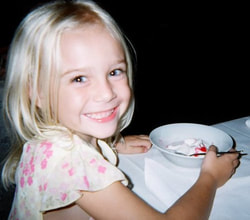 Bianca is the little lady of the two girls. She is protective of her sister and mother. She will not accept Andreas as a possible daddy as she  wants HER daddy. She is quite the little schemer in keeping Andreas and Rhu apart.
She loves everything to do with fashion and the home, and going to restaurants.